Maine’s Positive Story of the Day from W. G. Mallett School in Farmington ~ 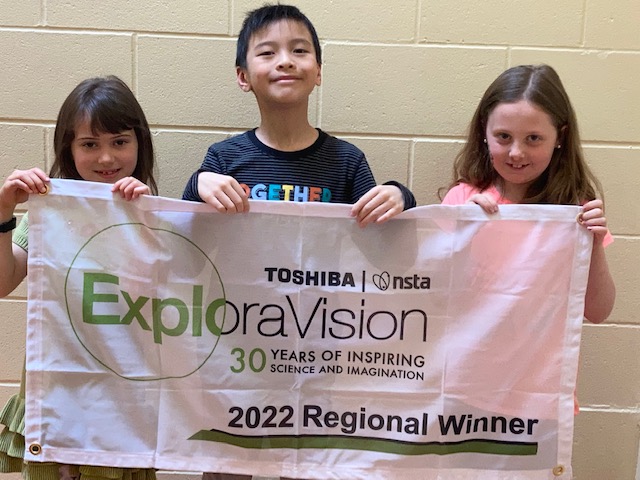 Maine’s Positive Story of the Day from W. G. Mallett School in Farmington ~

A team of 2nd graders at the W.G.Mallett School in Farmington, was recently named winners of the Northeast Toshiba Exploravision Science Competition.

The team, coached by teacher Sue Boyce-Cormier, created the ‘Spider Plant CO2 Collector’. Based on their concerns for the future of the environment and their understanding of how plants can utilize C02, the students invented a device that would potentially attach to the exhaust pipe of cars. The team will be awarded, virtually, by a Toshiba rep at a school assembly on April 8th – each will receive a Chrome Book. Their design is in the running forthe National award as one of just five K-2 teams across the United States; each winner on the National winning team to be awarded a $10,000 bond.

Additionally, a second team of 2nd graders from Mallett (Della Kangas and Chandler Clark) received Honorable mention, for their invention of The Hive Tracker’.