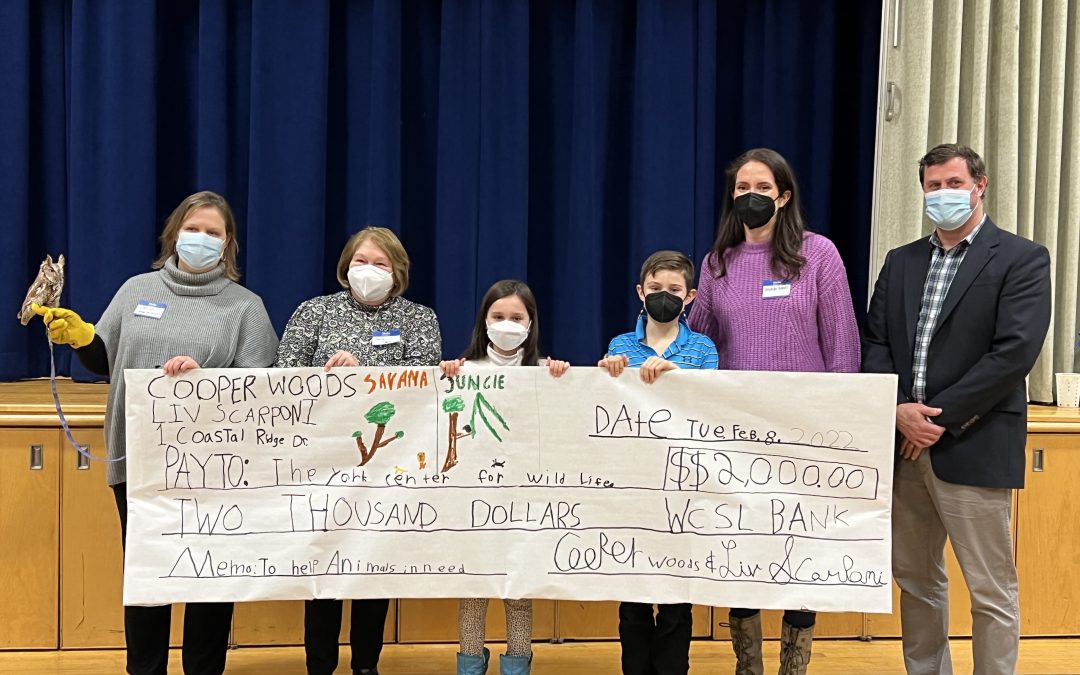 Two 4th grade students, Liv and Cooper, wanted to raise money to help animals.  They decided to coordinate a coin drive.  They chose to support the York Center for Wildlife who rehabilitate animals.  They drew and hung posters, collected coins for a week, and counted up the totals.  Liv’s father doubled their collection, and then Cooper’s grandfather doubled that sum for a grand total of $2,000!  Liv and Cooper then called Carolyn at the York Center for Wildlife who was thrilled to bring Bob and an Eastern Screech Owl Lucy to come to CRES to accept their generous donation.  Great job Liv and Cooper!