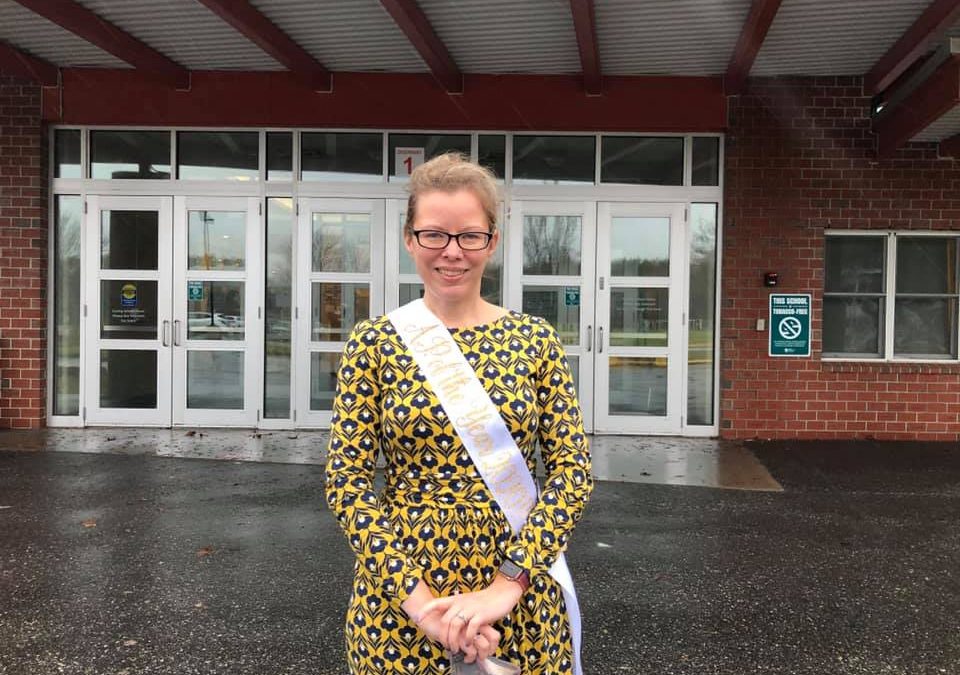 Augusta, ME – The Maine Principals’ Association (MPA) is pleased to announce that Megan Hayes Teague, Interim Principal of Mt. Ararat Middle School, has been named Maine’s NASSP Assistant Principal of the Year.  She will be honored by the MPA at its annual awards banquet at the Spring Conference on April 29, 2020, at the Samoset Resort in Rockport, Maine.

Mrs. Hayes Teague has received this award based on her work as a liaison to the community through programs such as the Parent Academy.  This program has been timely as middle level students go through such a period of change in their lives.  She has partnered this work with revamping the school’s vision and their Response to Behavior Intervention program through a collaborative, teacher-led approach by incorporating restorative practices and celebrating positive behavior, building wide.

In announcing Mrs. Hayes Teague’s selection as 2021 Maine’s NASSP Assistant Principal of the Year, MPA Executive Director, Holly Couturier, noted, “The MPA is pleased to recognize Megan Hayes Teague as the MPA/NASSP Assistant Principal of the Year.  She was nominated for this recognition and started the 2020-21 school year as assistant principal of Mt. Ararat Middle School and the fact that she stepped up to take the interim principalship demonstrates the true leader and team player that she is at the school.  Mrs. Hayes Teague is a true educational leader, one that leverages positive relationships with students and staff to bring innovative changes to her school community.”

Mrs. Hayes Teague earned her artium baccalaureus in Classics/Archaeology, with a minor in Education in 2001 from Bowdoin College.  After this she obtained her Master of Studies in Mathematics from the University of New Hampshire in 2009.  Most recently, in 2013, she completed her Certificate of Advanced Graduate Studies in Advanced Educational Leadership from the University of New England.

Mrs. Hayes Teague began her educational career in 2007 as a mathematics instructor at Richmond High School where she stayed for six years.  From there she moved into the assistant principal role for the Monmouth School District.  In 2015, she was hired as the Assistant Principal at Mt. Ararat Middle School where in October 2020, Mrs. Hayes Teague took on the Interim Principal position for the remainder of the school year.